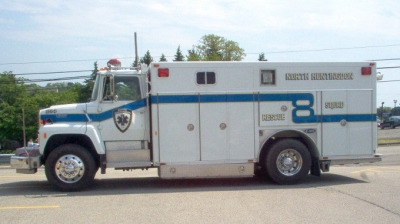 Manufactured in 1989 by Ford and Emergency One, Rescue 211 responds to primarily vehicle crashes and requests for technical rescue including rope, confined space, trench, and structural collapse.  Although Rescue 211 is the oldest vehicle in our fleet, it is equipped with the latest tools and equipment that are available to handle any rescue.  In addition to rescue equipment, Rescue 211 also has a 300 gallon, 500 gpm pump with foam capabilities. 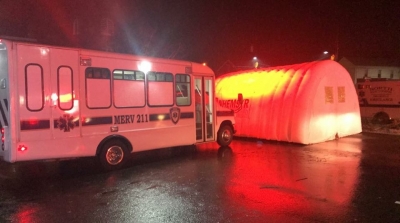 Within the past 10 years, the health and well-being of firefighters at the scenes of prolonged incidents, such as with a structure fire, have come to the forefront and many EMS agencies now provide support services to firefighters, or as it is better known as firefighter rehab.  When performing firefighter rehab, EMT's and Paramedics monitor vital signs and provide hydration and snacks that contain both a good mix of carbohydrates and proteins.  The two primary vehicles that are used in support of firefighter rehab operations is Support 211 and MERV 211. 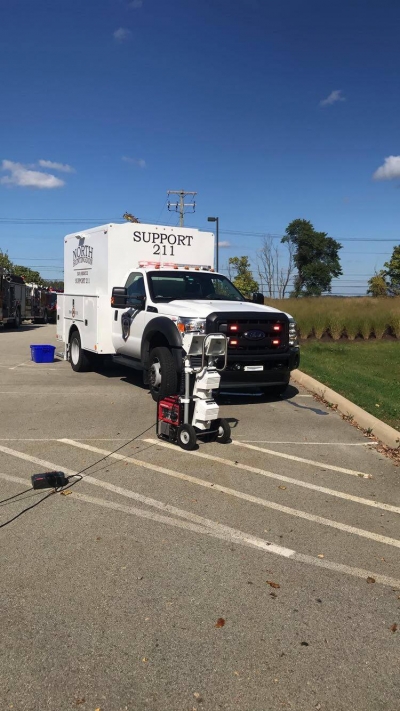 The support unit contains the inflatable shelter, portable lighting, chairs, a heater, bottled water, snacks, a generator, and cooling fans.  In addition, the support unit also carries extra water rescue equipment in its side compartments.  The support unit typically roles out on all structure fires and is capable of towing the water rescue team's boat trailer 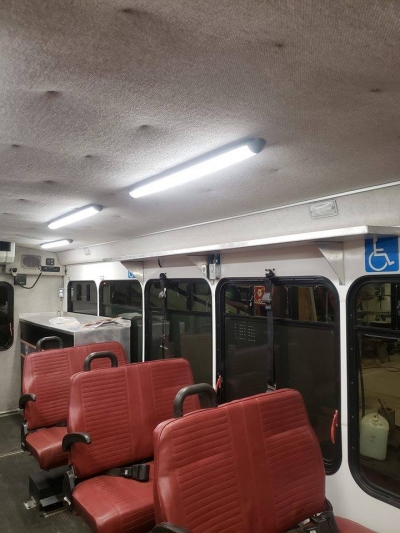 The interior of MERV 211

MERV 211 (Mobile Emergency Response Vehicle), was added to the fleet of NHEMS in late 2018 and is a work in progress.  Currently, the MERV responds along with Support 211 on structure fires and mass casualty incidents.  In addition, the MERV also has the capabilities of being a mobile command post and was used as such during recovery operations at the Brush Creek incident (February 2019) on Route 993 in the Larimer/Ardara area of the township.  Converted from being an old shuttle type vehicle, the MERV can comfortably seat 9 passengers and is also handicapped accessible.  Plans are still unfolding for how this vehicle will be entirely used, but, so far, the MERV has proved to be a real asset when emergency responders are on the scene of an incident for a prolonged period of time.